QM's do it with stars

Just had a great visit with an old Navy friend and mentor, QMC Ed Nezworski. He and I are old WestPac mates, having each spent 2 tours aboard the USS White Plains and many years based out of Japan.

It was great to swap lies and memories, drink a few San Miguels, and renew friendship. Isn't this much of what life is about? It sure isn't about making money, so take some time to enjoy!

Schools are already emailing me with requests for seminar dates for Spring, and it is still July! If you want me to be in your city on any particular dates for in-person consultations, now would be the time to email me, or you can leave a comment on this posting.

5 Steps To A Marketing Calendar

1. Take a marker and draw a line from one side of a wall to the next (you can put some paper up there first, if you want)

2. Divide into 52 weeks. If you don't want to measure, divide in half, then divide each half into halves, and keep doing this 3 more times (5 total). You'll have 64 divisions, which is a year and almost a quarter of weeks. Make a heavy mark at the end of each month.

3. Above the line, mark down your budget for each month.

4. Mark the holidays and any special events. For example, if you want to have a booth at a show, you usually have to have your reservation in by a certain date.

5. Plan some marketing activity for each week, and write it in. You don't have to have a year's worth of new ideas, you can repeat - for instance every 4 weeks is your newsletter.

Now all you need to do each week is mark off last week and see what you need to do for your marketing this week. I like using the wall because it is visible - no way to miss it!

Social Media used by half of US population

Half of all adult Americans now use social media sites, according to data collected by the Pew Research Center. The center found 65% of all adult Web users in the U.S. use social tools, an increase of four percentage points from a year earlier. Still, older, wealthier and better-educated adults lag the national average, even as they surge ahead in search-engine use and e-reader ownership.

StumbleUpon is responsible for about half of all U.S. social sharing, according to StatCounter data. Facebook accounted for about 39% of social sharing, and no other social network accounted for more than 5% of referrals. Globally, Facebook retains its social-sharing crown with about 60% of total traffic referrals, compared with about 28% for StumbleUpon.

We've just released our latest Manual-on-CD, Irresistible Website Promotion and Social Media which covers how to use the surging popularity of social media as well as other ways to bring in customers online. I just shipped the first copies, so it is hot off the press!

CSS and Other Tricks 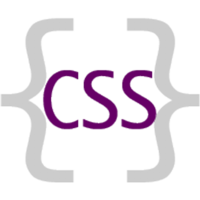 A few great sites for learning new skills that I plan on incorporating in my web design work:

http://csstricks.com - most interesting part is the snippets section - they not only cover css but also PHP snippets of code.

http://www.smashingmagazine.com/2007/01/19/53-css-techniques-you-couldnt-live-without/ has a number of really great css rules.

https://ia.net/blog/100e2r/ A standard for making websites easy to read. As I get older, I'm increasingly irritated by text seeming to get smaller and smaller. This lays out some pretty good arguments for a more easily to use web.